Also, BNSF1995 created a timeline called the Johnsonverse, which I actively help with. It has tons of differences from real life. People like Phil Hartman, Siskel & Ebert, and Carrie Fisher are still alive, Tony Stewart is still in NASCAR, the Star Wars sequels are better, there are two Chinas and one Korea, Japan is part of the US, both Teen Titans Go! and Cuties are fronts for criminal schemes (the former because it has no shortage of bad morals and the latter, do I need to explain?), and there's a family-run mega-corp that has been voted "Most Ethical Company" for 80 years and counting (it's so big that it acquired Disney). Johnson also bought Sega, and is planning on improving the Sonic franchise.

Wageverse will have the exisiting characters from other media and characters I made meet togehter. In this world, Instant Family and Riverdale are declared illegal and anyone who watches it will be sentenced to a 2-month long term of prison. Further punishment is life-time term of prison. There are only 2 subscription services worth buying, Netflix and Disney+. All the other services are trying to knock off what made the two good, but failed, like DC Universe and Prime Video. Dreams Wash Away by Joe Wong is the Alma Mater of Wageverse while Midnight City by M83 is the national anthem. About Netflix, Cuties doesn't exist. Anyways, these are my ideas right now for Wageverse. Your paragraph of Johnsonverse has inspired me. Characters I'm planning to introduce is Clancy Gilroy (The Midnight Gospel), Charlotte (The Midnight Gospel), J'onn Jozz (Justice League (2001)), Abomination (Hulk and the Agents of S.M.A.S.H.), Moxy [of course, why shouldn't I include her?] (UglyDolls), and Man-Abe (a character I made, his design is seen here.). Let me know what you think about my idea for Wageverse. Fun fact: It's named after me. P.S. Can the Ain't It Funny? series be parterned with this wiki? This seems like an awesome wiki to me.
Wageverse forever! -Wage (talk) 09:46, 22 September 2020 (PDT)

Also, in the Johnsonverse, current CEO Tim Johnson (representing the creative part of BNSF1995) took control of Johnson on December 30, 2009, at only 14. His dad, Sheldon Johnson, Jr., left the company to run for Governor of California, which was a success. He's currently the Democratic nominee for 2020, not Biden. I have a feeling Sheldon would make a better commander in chief than either of our two candidates for 2020...
Trevor807 (talk) 09:54, 22 September 2020 (PDT)

Ok. About the main page, let's try to make it the format of the current home page of Best TV Shows. That's my idea. https://differenthistory.miraheze.org/wiki/User:ItMeansNothing/sandbox
And on the other hand, I'm trying to decide who should be the president of Wageverse, now that you just said that.
Wageverse forever! -Wage (talk) 09:58, 22 September 2020 (PDT)

Got it. Also, the Sonic movie (which is completely unchanged) got a video game adaptation in the Johnsonverse. Released on July 31, exactly one year after Johnson acquired Sega. Speaking of Sonic, most of the 4Kids cast is still there, with Ryan Drummond returning as Sonic from 2010 on. Listening to Sonic & Tails R was all the proof I needed to realize Ryan is truly the best Sonic actor. Read more about it on the voice cast section in Johnsonverse World History. Also, Tim is an active ISWV supporter, and even fired and blacklisted anyone who supports KV, including Monica Rial. Meanwhile, Vic Mignogna joined 4K Studiopolis (4Kids was bought by Johnson in 2008 and renamed 4K Entertainment in 2010 to branch out into more accurate dubs; they also bought Studiopolis in 2009) and is still there today.
Trevor807 (talk) 10:04, 22 September 2020 (PDT)

Oh, and Johnson acquired Cartoon Network in 2015, after Tim and Chloe exposed TTG. Later that year, get this, they acquired SpongeBob. Since Season 10, new episodes have aired on Cartoon Network, which has also acquired the rights to many other Nicktoons from Doug to Welcome to the Wayne. Johnson also bought Rockstar and Volition, and finally released Grand Theft Auto VI in 2019, complete with a revamped GTA Online, having worked on the game since immediately after V was released. I suggest reading that page for more.
Trevor807 (talk) 10:08, 22 September 2020 (PDT)

The movies in Wageverse are:

The first two films along with the untitled sequel are based off of the adult animated sitcoms Chaofun's Life (rated TV-14) and Stickland (rated TV-MA). Chaofun's Life airs on TBS in Wageverse and distributed by NBCUniversal Television Distribution, while Stickland airs on Netflix with co-distribution from STX Entertainment and Netflix. Both shows are animated by Titmouse Inc. (for the first 3 seasons of Chaofun's Life, its animated by Xilam Animation and distribution was handled by 20th Century Fox Television before Disney purchased them; yes, that happens in Wageverse, too).
Wageverse forever! -Wage (talk) 10:19, 22 September 2020 (PDT)

I find the best images I can, before editing it on Photoshop Mix on my phone. Human faces come from thispersondoesnotexist.com.
Trevor807 (talk) 10:39, 22 September 2020 (PDT)

There's also Chocodile, Johnson's "funny animal" character created by Randy Perkins in 1936. He spreads joy to kids while dodging his rival Larry and Australian hunter Solomon, who wants to hunt him for his brown skin.
Trevor807 (talk) 10:43, 22 September 2020 (PDT)

Ah, I see. I used Chocodile as an example page for Clancy Gilroy. Let me guess, Chocodile is the Johnsonverse version of Bugs Bunny? Anywhose, I use Photopea (Photoshop for Mac) for editing and sometimes ImgFlip for "low-quality" stuff. For my Ain't It Funny? series, I use Photopea and Google Drawings. I draw on Photopea while combining strips on Google Drawings (sometimes I edit the strips) and border-lining them. That being said, I'm working on a strip right now. It involves my new "obsessive religious" character, Marshmallow, who's litteraly a marshmallow.
Wageverse forever! -Wage (talk) 10:48, 22 September 2020 (PDT)

Bugs still exists in the Johnsonverse, but Chocodile is Johnson Studios' very own Bugs. Also, they have run a Bugs Bunny Show-like anthology series since 1955, and from 1984-87, there was what is considered to be the worst Chocodile series: The Cool Adventures of Chododile. -Trevor807

Chocodile also appears in the 1968-present vanity card for Johnson Cartoon Studios, dressed in his tuxedo. His capris were a detail I plucked straight from Mickey's 90th anniversary tuxedo. The Johnson Studios vanity cards, in case you're wondering, are detailed here.
Trevor807 (talk) 10:52, 22 September 2020 (PDT)

If I ran a newspaper in the 50s, this would be picked up. Oh, and there are three iconic Johnson series: Detective Jenny, EarthBound: The Series (yes, a continuation of the story of the 1997 movie adaptation of the video game), and, most importantly, Monster World.
Trevor807 (talk) 11:04, 22 September 2020 (PDT)

I think you have to go to "Manage user permissions," click on the asterisk (*), and deselect everything (except for "createaccount" and "viewmyprivateinfo") to disable anonymous editing.
Thank u, next, Eiji (talk) 09:49, 23 September 2020 (PDT)

I just came up with a possible anti-piracy measure for the Sonic movie game: instead of the normal Sonic model, you instead get that horrible April 2019 Sonic (yes, it was buried in the ROM as a joke) if you play on an illegal copy. Other measures include the camera having seizures, incorrect textures, improper language audio files, misplaced objects and characters, broken stages, and, if you somehow manage to circumvent all of those, the game will crash every time you start a new game.
Trevor807 (talk) 19:45, 22 September 2020 (PDT)

That's a crazy idea for anti-piracy. :O Anyways, I think I may have a rewritten version of The Emoji Movie for Wageverse.
Wageverse forever! -Wage (talk) 06:12, 23 September 2020 (PDT)

Say, are there gonna be any characters from existing media in Johnsonverse?
Wageverse forever! -Wage (talk) 06:54, 23 September 2020 (PDT)

I guess you could say the fantasy drivers BNSF1995 and I plucked from various NASCAR video games to fill the roster in NASCAR count, notably Noah Howe (the 2019 champion) from NASCAR 08. Otherwise, not really. -Trevor807

Great idea. For the record, Tim, despite threatening a revolution against Trump, is heavily against SJWs, moral guardians, and political correctness. He reverted Pirates of the Carribbean to its original 1967 style, and released Song of the South on home video for the first time in the US in 2016, in commemoration of its 70th anniversary, with a restored print and a remixed soundtrack. He has spoken out about how BLM and Antifa are being tarnished by some bad people who are turning them into terrorist groups. I also forgot to say that he's one of Johnson's "Golden Four", alongside his twin sister Chloe, his wife Belle Armstrong, and Chloe's wife Jenny Smith. Lastly, Tim has announced that Family Guy, The Simpsons, and American Dad! are coming to an end. He and Chloe have taken control of all three shows, and are going to give them one last wind, meaning they're going to become good again (also, TBS is called TSS, or Turner SuperStation, because Tokyo Broadcasting System is one of the "Big Ten" networks, due to the major Japanese networks airing in the US, and vice-versa).
Trevor807 (talk) 07:25, 23 September 2020 (PDT)

Holidays, like Halloween and Christmas, are a big deal in Wageverse. They are heavily celebrated with a big parade and every child of the Wageverse gets a present during the parade. Who is the Santa Claus/Great Pumpkin of Wageverse? That may be the future president of Wageverse.
Wageverse forever! -Wage (talk) 07:34, 23 September 2020 (PDT)

Interesting. And because TTG was exposed, both the reboots for The Powerpuff Girls and Ben 10 were scrapped. The latter franchise has aired a new incarnation, Ben 10: The New Adventures, since 2016.
Trevor807 (talk) 07:41, 23 September 2020 (PDT)

In Wageverse, the Ben Tennyson is actually Luke The Wonderful Magnicant Man. He has a smart gadget that injects alien DNA into his body. He has an unlimited amount of time unlike Ben.
Wageverse forever! -Wage (talk) 08:33, 23 September 2020 (PDT)

@Trevor807 I dare you to go on Terrible TV Shows and make a spoof blog about why The Cool Adventures of Chocodile sucks.
Wageverse forever! -Wage (talk) 10:12, 6 October 2020 (PDT)

Yes, thanks for the blog! :D. Anyways, it's nice to know that in Johnsonverse, Daytona pays respect to one of the greatest animators of all time.
Wageverse forever! -Wage (talk) 06:55, 7 October 2020 (PDT)

@Trevor807 Just made my Clancy Gilroy page for Wageverse and had an idea for a crossover for Clancy and Chocodile. What are your thoughts and impressions?
Wageverse forever! -Wage (talk) 10:33, 7 October 2020 (PDT)

Okay. Can you make Chocodile do a pose like this? 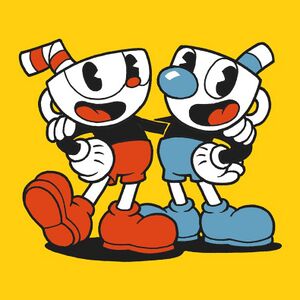 I noticed that you hate it to the point where you imagine a world in which it becomes a box-office bomb, banned in some countries, and its creators trying to distance themselves from it. Just hope no careers are deep-sixed.

As far as I am going, Sean Anders hasn't directed anymore movies since the failure of said film. Everyone else in the film are trying to pick their feet back up.
Wageverse forever! -Wage (talk) 07:58, 8 February 2021 (PST)

Hopefully they have a chance to live down that debacle.

Retrieved from "https://differenthistory.miraheze.org/w/index.php?title=User_talk:ItMeansNothing&oldid=33958"
Cookies help us deliver our services. By using our services, you agree to our use of cookies.