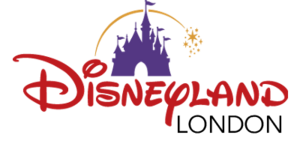 Disneyland London is a British theme park located in Dover, Kent. Owned and operated by Walt Disney Parks and Resorts, it opened on June 1, 2019.

The idea for the park came following the acquisition of The Walt Disney Company (now Walt Disney Productions) by Johnson Industries on July 1, 2013. At the time, construction of a Disneyland in Beijing, North China was underway, which was unceremoniously canceled due to Johnson's views on communism. The budget for Beijing Disney Resort was instead transferred to a new venture in Europe, known initially as British Disneyland, before officially becoming Disneyland London. To avoid duplication, Disneyland Park in Paris was reconfigured into a non-Magic Kingdom park known as Disney's Fantasy Adventure. At 300 acres, this is the largest Disneyland-type park in the world.

The park follows the traditional hub-and-spoke layout of other Disneyland parks.

Just like the other Disneyland-style parks, Disneyland London has a railroad. Known as the Disneyland Railway, it runs on a gauge of 1 ft 11 1⁄2 in (597 mm), and is themed to Welsh narrow gauge railways, specifically the Ffestiniog and Welsh Highland Railways owned by Continental Rail. Each locomotive has a unique design and name, these being a Baltic tank engine (#1 Tim Johnson), a Pacific tender engine (#2 Chloe Johnson), a Berkshire tank engine (#3 Belle Armstrong), a Kitson Meyer tank engine (#4 Jenny Smith), and a Golwe tender engine (#5 Sheldon Johnson, Jr.); all are custom designs taking elements of both standard and narrow gauge locomotives. The coaches are based on those built for the North Wales Narrow Gauge Railway; six coach sets are owned by the park, known as Spooner I-VI, the sixth set not rostered for use instead being put on standby so its coaches can be used as spares during busy periods; all sets are comprised of six coaches, and the platforms are long enough to accomodate nine-car trains; the coaches have conventional front and rear-facing seating instead of holiday or excursion-style seating typical of other Disneyland-style parks. All locomotives and rolling stock were built by the Ffestiniog and Welsh Highland Railways, divided between the shops at Boston Lodge and Dinas. The Disneyland Railway is operated separately from the rest of the park by Johnson-owned British Rail, and as a result, all locomotives and rolling stock, rather than bearing the words "DISNEYLAND RAILWAY", instead have the familiar BR Double Arrow logo, which can also be seen on stations and signage; the railway is operated much the same way as the standard-gauge network, except fares are not charged. The trip is narrated by Eric Idle, and features a replica of the Ffestiniog Railway's spiral, as well as a loop around Discovery Bay, a replica slate quarry where passengers can optionally disembark between Discovery Bay and Fantasyland to watch demonstrations of an incline railway, and an elevated running section in Tokyo Plaza.

Its entrance castle, Sleeping Beauty Castle, is an exact replica of the one at Disneyland.

London's Main Street is a hybrid of Anaheim and Florida's Main Streets, taking cues from both. It still has most of the same attractions and stores, including the Main Street Vehicles, Emporium, Main Street Cinema, and the Partners statue. In place of Great Moments with Mr. Lincoln is The Hall of Prime Ministers, similar in principle to The Hall of Presidents, but with British prime ministers and housed inside a reproduction of 10 Downing Street.

London's version of Adventureland is based on Florida's version. Included in this area are the Jungle Cruise, Pirates of the Caribbean Walt Disney's Enchanted Tiki Room, Swiss Family Treehouse, and Fire Mountain, the latter based on the previously-scrapped concept for the Magic Kingdom. It also features the Tahitian Terrace, the Jungle Skipper Canteen, and Expedition Outfitters.

London's Discovery Bay is almost identical to Anaheim's. The main difference, though, is the Disneyland Navy. Replacing the Disneyland Mothball Fleet, the Disneyland Navy consists of full-scale replicas of famous British ships, including the HMS Belfast, Cutty Sark, SS Great Britain, HMS Dreadnought, HMY Britannia, and, most notably of all, RMS Titanic. All ships are fully accessible, with informative displays throughout each one, telling the stories of the ships and the people who sailed on them; sightlines within the park were specifically designed so that the Titanic replica wouldn't be visible outside of Discovery Bay, or even the park.

The London version of Fantasyland incorporates elements from Fantasylands around the world. Most striking is the presence of the Matterhorn Bobsleds, making Disneyland London the only Disneyland-style park to have Matterhorn (Walt Disney World also had a Matterhorn installed by Johnson, but it was as part of a Switzerland Pavilion at Epcot). London's Fantasyland is split into several sub-areas, including Storybook Land, Storybook Circus, the Hundred Acre Woods, Never Land, the Candy Kingdom (from Adventure Time), Kingdom of Enchancia (from Sofia the First), and Fairy Tale Village, each with their own unique attractions, shops, and restaurants.

London's Tomorrowland has more attractions, shows, restaurants, and shops than any other Tomorrowland. Sub-areas include Superhero City, The Spaceport, Star Wars: Galaxy's Edge, and Planeptune.

Of note is that London's Carousel of Progress is the 1975 Magic Kingdom show with the song "Best Time of Your Life" instead of "There's a Great, Big, Beautiful Tomorrow", and that Star Tours and SpaceVenture, despite being extremely similar, co-exist in the same land, whereas Disneyland's Star Tours was moved to the former Animation Building at Disney California Adventure, while CineVenture's Star Tours will be moved to its version of Galaxy's Edge. For the London version of SpaceVenture, Rom and Ram have new dialogue making lighthearted cracks at various aspects of British culture, such as the confusing terminology compared to the United States, and also make a few heavy-handed remarks about Brexit (Johnson kept them in to gauge audience reaction, and due to a positive response, they were kept in).

Finally, London's version of the Submarine Voyage is themed to the 1968 animated film Yellow Submarine.

Retrieved from "https://differenthistory.miraheze.org/w/index.php?title=Disneyland_London_(Johnsonverse)&oldid=35744"
Category:
Cookies help us deliver our services. By using our services, you agree to our use of cookies.