Johnson Studios is an American film studio. The studio, owned by Johnson Industries, was founded on January 1, 1912, making it America's oldest major film studio. Since its inception, the studio has been run by the Johnson Family, except for a period from 1981 to 1991 when infamous CEO Phil Stacker assumed control. Following his resignation, Johnson Studios climbed back to the top, releasing many successful movies. Its television arm, Johnson Television, was founded in 1950.

Since its beginning, Johnson Studios has

In late 1911, Jeffrey P. Johnson wanted to chronicle Continental Shipping Lines, and decided to start work on making a movie studio. The resulting Johnson Studios was founded on January 1, 1912. Many acres of land in San Jose, California were acquired, and the preexisting headquarters building was moved to the new lot, which still houses the company's core operations today. 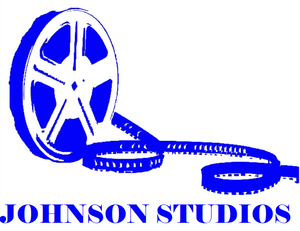 From the studio's inception until 1968, its logo was an illustration of a film reel. Movies began with an animation of the reel unwinding to its position, accomplished with traditional animation. After parent company Johnson Industries decided to use its logo, introduced the previous year, for all its subsidiaries, Johnson Studios followed suit. Movies starting with Hot Cuba begin with the old logo's film reel unwinding until the camera zooms in on the horizontally-rotating J, which is still used today. The J is a wood model coated in resin and spray-painted blue, and is on display at the Johnson Studios museum; the film reel was accomplished with traditional, hand-drawn animation provided by animator Richard Williams and a team of nine other animators. This opening logo has remained unchanged since its 1968 introduction.

Retrieved from "https://differenthistory.miraheze.org/w/index.php?title=Johnson_Studios_(Johnsonverse)&oldid=35085"
Category:
Cookies help us deliver our services. By using our services, you agree to our use of cookies.