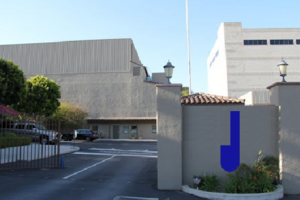 The Johnson Studios lot is a major filmmaking facility owned and operated by Johnson Industries. It opened in 1914, and is attached to Johnson's headquarters.

In 1913, after months of negotiation, Johnson acquired over 150 acres of land in San Jose, California, to prepare for the construction of a large movie studio. 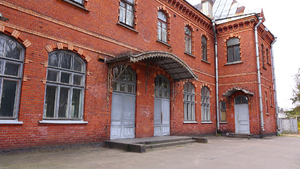 The Johnson Studios museum in 2012.

The museum, which opened in 1932 to commemorate the 20th anniversary of Johnson Studios, contains tens of thousands of set props from Johnson Studios productions, including the old balcony sets from Sneak Previews and At the Movies, the old trilon puzzleboard from Wheel of Fortune, the set from the US version of Who Wants to Be a Millionaire? from 2012 to 2019, as well as the older set pieces from 1999 and 2004, retired set pieces and games from The Price is Right, actual NASCAR stock cars used in 3: The Dale Earnhardt Story, authentic film prints from many productions throughout the studio's history locked up safely in a fireproof vault, retired Godzilla costumes and models, and a variety of costumes, among many other artifacts.

Retrieved from "https://differenthistory.miraheze.org/w/index.php?title=Johnson_Studios_lot_(Johnsonverse)&oldid=35988"
Category:
Cookies help us deliver our services. By using our services, you agree to our use of cookies.