NASCAR on MGM is the branding used for broadcasts of NASCAR races that are produced by MGM Sports, and televised on several WarnerMGM Communications-owned television networks, including the MGM broadcast network in the United States. The network has aired races, typically during the second half of the season, since 1977. Throughout its run, MGM's coverage of NASCAR has won eleven Emmy Awards.

Just after the formation of the MGM network, its CEO, Trevor J. Simpson, who was a NASCAR fan during his childhood, looked to add NASCAR races to the MGM Sports lineup. He made deals with several tracks in the second half of the season to broadcast races, believing that America would watch an entire stock car race live on television. Prior to 1977, television coverage of races either began when the race was halfway over, or as an edited highlight package that aired a week later on ABC's Wide World of Sports. On September 5, 1977, MGM presented the first flag-to-flag coverage of the Southern 500 (and 500-mile race to be broadcast live on national television in general). The Indianapolis 500 was only broadcast on tape delay that evening in this era; most races were broadcast only through the final quarter to half of the race, as was the procedure for ABC's Championship Car racing broadcasts; with the new MGM contract, the network and NASCAR agreed to a full live broadcast. That telecast introduced in-car and low-level track-side cameras, which has now become standard in all forms of automotive racing broadcasts. The race drew incredible ratings, and its broadcast changed the way races were shown on television. Simpson also made a deal with CBS Sports to bring Ken Squier into the MGM broadcasting team. 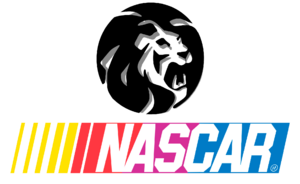 Affiliation with Turner Sports and The Nashville Network (TNN)

When Orange Roof Corporation bought Turner Entertainment Co. in 1989, followed closely by The Nashville Network, MGM provided support for their NASCAR broadcasts, including loaning some MGM staff members and broadcasters.

Late in the 1994 season, MGM became the first network to switch to high-definition and widescreen, with the help of the WarnerMGM-owned PrimeStar satellite service, along with Panasonic and Sony. MGM's broadcast of the 1994 Brickyard 400 was the first sporting event broadcast in widescreen. 1997 saw MGM use animated cars for the first time in starting grids, a feature still used to this day.

On November 11, 1999, NASCAR signed a five-year, US$2.48 billion contract which split the American television rights for NASCAR races between CBS, Fox, its cable partner FX, NBC, MGM, and Turner Sports. The contract began in 2001 and went as follows.

The 2000 SpongeBob SquarePants 400, which was the first NASCAR Winston Cup Series race at Nazareth Speedway, was simulcast on Nickelodeon, which was touted as "the first race run by Nick characters". The Nickelodeon broadcast was handled by Tom Kenny as SpongeBob, Bill Fagerbakke as Patrick, and Rodger Bumpass as Squidward in the booth, which was made possible by special technology. Clancy Brown as Mr. Krabs, Carolyn Lawrence as Sandy, and Doug Lawrence as Plankton rounded out the team as offscreen pit reporters. Part of what made the Nickelodeon broadcast stand out was that none of the characters had any idea what was going on, and much of the telecast was just them saying random things about the on-track action, plus general ramblings that have since become memes. The race saw high ratings on both channels, and every running of the Nazareth race afterward has been simulcast on Nickelodeon, with its broadcasts done in the same fashion, and on sister channel Cartoon Network when the show airs there.

2001 saw CBS and MGM share the same broadcasting team (as many were already CBS broadcasters at the time). The only difference is that the broadcasts are hosted by Greg Gumbel instead of Allen Bestwick and Ken Squier. This arrangement is still used today.

The 2010s saw MGM’s broadcast of the 2010 Tyson Holly Farms 400, which is considered one of the greatest races of the modern era. It also saw the introduction of a virtual studio, used to report statistics.

For all of its broadcasts, MGM uses a portable studio called MGM Race Control for pre-race coverage and a virtual studio during the race. If the race is delayed to a Monday, the Race Control studio is usually not used. However, if a Saturday night race is rained out to Sunday then the studio will be in use for the delayed coverage.

The on-air graphics are similar to other MGM Sports broadcasts. From 2000 to 2017, it used a scrolling ticker on the top of the screen referencing the positions of the drivers; this was changed in 2018 to a non-scrolling ticker on the left side, which emphasizes the numbers, is color-coded, and shows the intervals.

Retrieved from "https://differenthistory.miraheze.org/w/index.php?title=NASCAR_on_MGM_(Simpsonverse)&oldid=33479"
Category:
Cookies help us deliver our services. By using our services, you agree to our use of cookies.