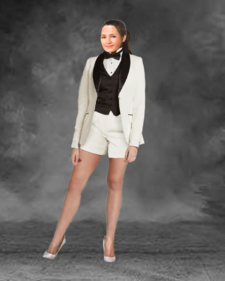 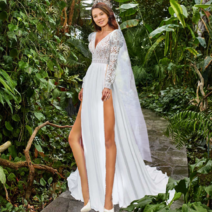 On June 20, 2018, Chloe Johnson and Jenny Smith were wed. The broadcast was aired live on WBC, and the wedding was live-streamed on YouTube. However, just at the mark after the two kiss (one hour, 52 minutes and 38 seconds) on the WBC feed, which was a different feed than the one on YouTube, something strange happened. The screen went to pitch black, then cut to a video of the hijacker wearing a Max Headroom mask and sunglasses, accompanied by a buzzing sound and swaying in front of a rotating corrugated metal panel that mimicked Max Headroom's geometric background effect, just like what happened with stations WGN and WTTW in Chicago, Illinois in 1987.

For the hijacking, the hijacker spoke in a somewhat more coherent manner, though it was still mostly nonsensical. What follows is a rough transcript of what he said, and is most likely inaccurate in some parts:

"Whaaaat's the buzz? Just imagine: gnomes. Gnomes everywhere. What is La Raza? (unintelligible singing) The youths of this country need to learn to pull their pants up. Your new clothes become your old pajamas. Where's Bill Simon when you need him? It's great. Yeah. (unintelligible yelling) Turtle Power! (unintelligible) Someday, show me mine. Oh, I just made a beautiful new masterpiece for all my Norcam nerds. NEW WORLD ORDER!!!! From your nuts to your chocolate."

Upon getting the signal back, the first thing WBC viewers saw was Tim Johnson angrily storming out of the cathedral to the broadcast van to get answers. Throughout the hijacking on the YouTube feed, viewers saw Chloe and Jenny kiss, then as they walked down the aisle, heard a technician whispering into Tim Johnson's ear that WBC's signal had been hijacked. After receiving confirmation that they had the signal back, Tim was audibly heard loudly screaming "Son of a b*tch!", at which point the WBC feed came back under control.

Thanks to advances in broadcast technology, the source of the rogue signal was traced and triangulated to Mount Umunhum in the Santa Cruz Mountains. Within a part of the former Almaden Air Force Station that had not been opened to the public, the hijacker and an accomplice used a high-power microwave transmitter to hijack WBC's signal. Hours after the hijacking, the FBI raided the facility and found the hijacker and accomplice still there. Upon being arrested, the hijacker confessed that he was the same person who hijacked WGN and WTTW in Chicago in 1987. It was soon determined that the man, whose identity still hasn't been released, carried out the hijackings to demonstrate flaws in signal security. Although he was charged, his actions also paved the way for better security against future hijackings.

Retrieved from "https://differenthistory.miraheze.org/w/index.php?title=Third_Max_Headroom_Hijacking_incident_(Johnsonverse)&oldid=35651"
Category:
Cookies help us deliver our services. By using our services, you agree to our use of cookies.