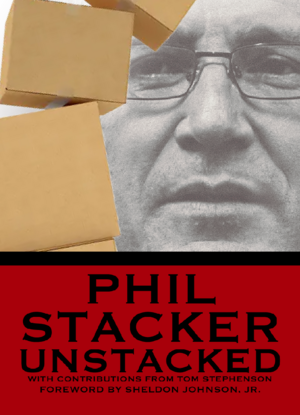 UnSTACKed is a 2002 memoir written by Phil Stacker and published by Johnson Publishing. The memoir details his life, including his time owning Johnson Industries, his breakdown, and his tenure in jail.

The book was critically acclaimed, and was made into an even more acclaimed feature film of the same name directed by Timothy Hill, which stars Clancy Brown as Stacker and Amy Poehler as Stacker's wife Helga, and was released on August 19, 2011.

In 1974, 23-year-old Phil Stacker inherited control of Stacker and Associates after his father decided to retire.

Retrieved from "https://differenthistory.miraheze.org/w/index.php?title=UnSTACKed_(Johnsonverse)&oldid=35841"
Category:
Cookies help us deliver our services. By using our services, you agree to our use of cookies.