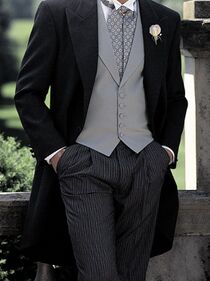 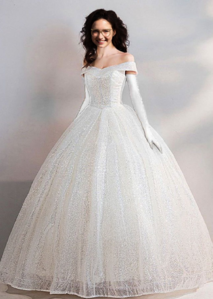 Top: A snapshot of Tim in his wedding suit. Bottom: A publicity shot of Belle in her wedding dress.

On December 1, 2014, Tim Johnson and Belle Armstrong were wed at the Washington National Cathedral in Washington, D.C. The event was broadcast live on WBC and YouTube, and was described as "an American royal wedding" by the media.

The wedding was announced on September 4, 2014 by Tim Johnson himself. It was described by the press as an "American royal wedding", and Tim made it clear that he wanted to satisfy the public. Between October 12 and November 10, various acts

On November 1, it was announced that Johnson and Armstrong had assembled various acts for the wedding

Among those attending the event were hosts Chloe Johnson and Jenny Smith, who would themselves wed four years later, Tammy Jo Johnson, Phil Stacker and his family, film director Timothy Hill, many actors from the Mother franchise including Mike Vogel, Kate Hudson, Gary Nelson and Kate Locklain, Jeffrey Paul, John Helbert, Vanessa Parsons, Billy and Hayden Michaels, Joey Whittman, Emily T. Kendrick, Robert Larson, Fred Perry, Mabel Luckey, and Antonio Banderas, Tom Stephenson, the principal cast members of Monster World, Detective Jenny, The Railway Series, Vocaloid, WBC's Sgt. Frog, The Melancholy of Haruhi Suzumiya, Star Pirates, The Muppets, and Big Hero 6, the surviving cast members of Tales from the Rails, Elk Cabin, and The Reapers, the top-ten points finishers of the 2014 NASCAR Sprint Cup Series, former US Presidents Jimmy Carter, George H. W. Bush, Bill Clinton, and George W. Bush, their respective wives Rosalynn Carter, Barbara Bush, Hillary Clinton, and Laura Bush, and then-US President Barack Obama and his family. The priest for the ceremony was the Reverend Al Sharpton, and included performances by the Rock-afire Explosion and the Muppets (both singing a medley of songs), Susan Egan (singing "I Won't Say I'm In Love" from Disney's Hercules), Ken Page (singing "The Ad-dressing of Cats" from the Broadway musical Cats), the cast of the World Masterpiece Theatre adaptation of Les Miserables (singing "One Day More", except for Tim, Chloe, and Belle, who were respectively replaced by Michael Ball, Judy Kuhn, and Samantha Barks; in addition, Aaron Tveit was unable to make the ceremony, and Ramin Karimloo performed Enjolras instead), and Stephanie Mills (singing "Home" from The Wiz). Also featured were comedy sets by Jeff Dunham (and Walter who, true to his usual self, tried to dissuade Tim from going through with the marriage), Robin Williams, and Late Night host Jimmy Fallon writing wedding-themed "Thank You Notes". The event ended with screenings of the 1959 film Plan 9 from Outer Space and the 2003 film The Room, with their respective directors Ed Wood and Tommy Wiseau introducing them and participating in Q&A sessions.; both movies were chosen specifically for their "so bad, it's good" nature. 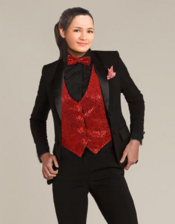 Chloe Johnson in a publicity photo for the wedding. 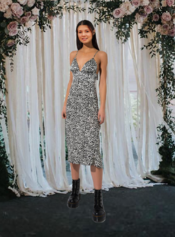 Jenny Smith in a publicity photo for the wedding.

The WBC broadcast was hosted by Chloe Johnson and Jenny Smith. It was simulcast on YouTube and various WBC channels. The wedding was

Retrieved from "https://differenthistory.miraheze.org/w/index.php?title=Wedding_of_Tim_Johnson_and_Belle_Armstrong_(Johnsonverse)&oldid=35283"
Category:
Cookies help us deliver our services. By using our services, you agree to our use of cookies.